The Light Where You Belong

“This is an absolutely terribly awful idea, Lin.”

“Then why did you say yes, hmm?”  Lin rubbed some more dye in Carrie’s hair.

Carrie tried not to feel the cold in her stomach as she fumbled for an answer. She didn’t want to say no to her best friend, but what they were about to do made her feel both dizzy and excited at the same time.

In the mirror, she could see her hair gradually turning perfect pearl white while Lin kept rubbing dye in with effortless ease. It looked like a strange reflection of the sharp white winter outside Lin’s attic window.

“Ye are so crazy,” Carrie blurted. “And this is so fucked up.”

Lin rewarded Carrie with a quick smile but kept her laser-focus on the dying. “Little Miss Salcroft is going to get fucked up in her mind when we arrive at her party, and she can see that it was her fault you got to be the coolest girl of the evening. A regular punk-star stepping out of her time machine!”

And that was the plan. Carrie had felt restless, as usual, and called Lin if she could come over, and Lin was more than happy to oblige. Of course, they got talking about Lars, and the party, but to Carrie’s surprise, Lin had an invitation.

“Aye, but she’ll kill me when she sees ye brought me along,” Carrie said, trying to focus on her hair that became more and more punk-like, exactly as she had wanted it.

“No, she won’t,” Lin said, rubbing harder. “She’ll not say anything because she promised I could bring a date.”

Lin stopped the rubbing temporarily. Her hands were all white. She wiped them in the old t-shirt she had put on for the occasion.

“Come on, Carrie. There have to be some advantages of that little ‘secret’ email correspondence you were so worried about. I have been working hard to undermine the enemy, so to speak.”

Carrie swiveled around on the chair, almost as if she was about to get up and get out.

“Ye make no bloody sense. What is all this ye have been writing with Ann about, then?”

“Anything really to get her attention. She says she doesn’t care any longer, but I know she is still envious because I’m richer than her – or my dad was, at any rate.” There was an ember of something in Lin’s dark eyes but she quickly blinked it away.

“Look,” Lin continued, “I have been talking to Ann by this new email thing and occasionally in school. And she thinks, I am something else – and that I have a crush on some boy from my old school, who I have finally managed to get to go on a date with me.”

“So she thinks it is him ye will bring along?”

“Carrie, will you relax?” Lin put her hands on Carrie’s shoulders and pressed her back into the chair. “I told her enough so she thinks I’m coming with Yannick Floberg of all people.”

“Never mind. He is a jerk I haven’t seen him since my previous high school, but his family is very much into the art scene and Ann’s father is also buying a lot of art these days. He is something of a hobby collector.”

“Call it what you want,” Lin said. “‘Company’ for example. The literal meaning of having a ‘date’ is not just romantic. It can mean meeting with a friend, too.”

“I knew it beforehand. I’m a writer, remember.”

“Yes, ye are.” Carrie leaned back on the chair and closed her eyes.

She kept quiet as Lin finished her hair.

“There,” Lin said, satisfied. “Now we just wait for this to dry and my mom is going to make you a perfect mohawk, just like she had herself when she was dancing with the Sex Pistols back in good old Britain.”

“I did not know your mom had been into punk music,” Carrie said.

“Did you think she had always been an English lit professor?” Lin chided.

Carrie got up and leaned over Lin’s writing desk, which had become a temporary make-up table. She inspected the white hair in the mirror Lin had brought in from the bathroom.

“It’ll look better once we get that mohawk done.”

Lin put a hand around Carrie’s shoulder and her head next to hers so they both looked in the mirror at the same time. “You are going to love this. The teachers are going to freak out on Monday.”

“Just kidding,” Lin said quickly. “And now, while we’re on the subject … what do you think of this?”

She went over to a big bag that had been lying suspiciously on her bed for all the time Carrie had been there. Lin turned it over and a leather jacket and a pair of trousers fell out.

“Good grief,” Carrie blurted. “Does she wear these?”

“Not since 1978, I think. But she has kept them since, in good condition.” Lin smiled, and for once she didn’t look sad at the same time. “My mom does have some good sides. She said I could just borrow whatever I wanted for you.”

“What?” Lin sat down on the bed and took hold of the leather jacket. She held it up. “That my mom was young once, or that we can borrow her clothes?”

“Ye have your own clothes, dummy.” Carrie grabbed the jacket. “Ye can afford them.”

“I don’t look as good in my clothes as you do in any kind of clothes,” Lin said, sitting totally still, just watching, as Carrie slipped on the old leather jacket.

“That’s BS, and ye know it,” Carrie said. “I look awful no matter what. And this new hair-do your mom is going to make – even if I keep it, it’s just so people can see I don’t care.”

“I mean anyone, really.”

Carrie pulled off the leather jacket and threw it back hard towards Lin. “I don’t care about Lars. How many times do I have to tell ye?”

“He’ll be at the party,” Lin persisted.

“I know it,” Carrie said. “All the more reason that I get this done.” She ran her hands through her hair and only a little white came off now. “When is your mom finished with that meeting so she can finish this?”

“I think my uncle said half an hour more,” Lin said, looking down. “My dad’s finances are a bit tricky to figure out, it seems.”

“Ye were never good at math, anyway,” Carrie said and flumped down beside Lin on the bed. “Promise me ye will stick to writing, okay?”

“Okay,” Lin said and looked out the window.

The winter was still there, waiting for them. Like a blank piece of paper. 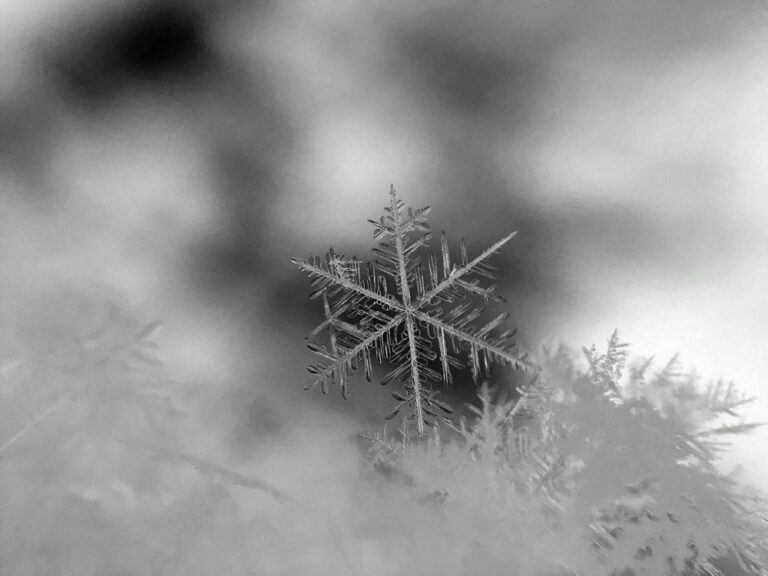