A blond woman in her early 30s scrambled to make the bus before the door closed. She wore old jeans, t-shirt, short jacket, and carried a rucksack. Her hair was slightly messy and thin lines were showing under her eyes. It was a desolate Greyhound station in Bakersfield, California.

She got into the bus and thought that she had to hold on to something, because they would be driving any time now. The bus did not move. So the woman began looking for her seat instead. All the time checking her ticket which, it seemed, she had great difficulty in reading.

She found an empty seat – it was one of two in the entire bus. On the seat beside it an old lady was seated already. She had completely white-gray hair and was dressed in a blue nylon dress that looked at least 30 years old.

The dress also looked noble in a strange kind of way, the young woman thought. Then she thought about her troubles again:

“ … this ticket is unreadable,” the young woman mumbled. “Is … is this seat taken?”

“No, it is not,” the old lady answered. She had a faint accent.

The young woman sighed deeply: “Oh, thank god … I’ll just have to move if somebody comes around. But there should be at least one seat for me in this bus.”

“Of course there is,” the old lady said. I have taken the bus many times. So many never show up. You will be fine.”

“With my luck,” the younger woman said, “it’s probably Mr. Texas Ranger down there.” She nodded at a red-haired Chuck Norris-type, slouched in his seat a little further down the aisle, seemingly guarding the only other remaining empty seat in the bus. “But I’m not gonna go and ask him… not until I have to.” She smiled hesitantly.

The old lady just smiled back.

“So, uh, I’m off at Yuma, the end of the line,” the younger woman said, once she had captured the seat. “You heading for L.A.?”

“No,” the elderly woman replied. “I am going to Salton City, but I had an old friend who lived in Yuma, actually. You live there, too?”

“That is a fun coincidence. So you are going home?”

“Good for you!” The old lady smiled brightly, but sincerely.

“So,” the younger woman said, still hesitantly, “ – you’re not going to see your, uh, friend in Yuma this time then?”

The old lady’s smile became tinged with sadness. “Oh, no. Greta died over 17 years ago. But she lived for a long time in Yuma, 35 years actually. Her husband worked in the municipality.”

“No need to,” said the elderly woman. “It is life. What is your name, honey?”

“Well, my middle name is Wilders; that is Dutch, but the Beier is from my late husband. He was German.”

She seemed to light up a bit more again.

“But you’re American?” Carrie said, knitting her brow slightly, “I mean … did you come here later or – “

“I am American now,” Anne said. “But I was born in Germany. Are you originally from Yuma?”

“Ha-ha no – “ Carrie shook her head and then looked out the window for a few seconds “I don’t think you can guess where I’m from.”

“Oh, this is fun.” Anne shone with genuine enthusiasm now. “Are you from the North Carolina?”

Carrie was about to answer when a tall, moustached man made his way into the bus: “Just a sec – driver! Yes, here. This is seat 20A, right?”

The driver who had a small self-made sign on his uniform saying ‘I’m Ernest H – your God’- came down and looked at Carrie, then at her ticket, like a detective surveying a potential suspect. Then, after due consideration, he concluded:

He pointed at a faded, nearly invisible number on the side of the luggage rack.

“I’m afraid I will use them to no avail,” Anne replied, still smiling.

“That explains why you have no accent,” Anne said. “My children say I sound like the former governor Schwarzenegger.”

Carrie shook her head. “It’s actually a compliment that I have no accent. I think I sound a bit too Southern now, or maybe not Southern enough … depends on who you ask. Oh, thank god – we’re moving now … “

‘God’ had finally started the bus and it began to roll over the parking lot, heading for the exit.

“So … where did you say you were heading?” Carrie asked, not sure if it was embarassing she couldn’t remember.

Carrie frowned to herself. She always had trouble remembering details like names, jobs, itineraries. Jon’s sister always made a point of mentioning this particular challenge of Carrie’s at the family-get-togethers. After a few years of sincerely trying to improve her memory in this department Carrie had just made a point of being even more forgetful of those details.

“It is a small community by Salton Sea,” Anne said.

“Quite right,” Anne nodded. “And you are going to Yuma. How is it in Yuma?”

“Well … “ Carrie said “ – it’s very, very hot — most of the year. And we’ve got all the immigrant problems of course. Not that I mind – immigrants, I mean. Not as much as certain people mind … “

“We are immigrants both of us,” Anne said.

“Right,” Carrie nodded. “But I wouldn’t want to crawl under any fence to get here. I should feel lucky … for me it was just a 10-hour plane flight from Glasgow to JFK.”

Something in that last remark seemed to light Anne’s smile even more, but it was so brief that Carrie wasn’t sure if it was just her imagination. Perhaps it was.

“What do you do for a living, Carrie?”

“Uh, would you really like to know? It’s kind of silly… Silly in today’s job market, I guess.”

“I know I am!” Anne said, closing with her little dry laugh.

“I actually have a law degree,” Carrie said quietly. “Almost, I mean.”

“Maybe you can work here, then? Not too far away from Yuma, I’d say. San Diego perhaps … ”

Carrie seemed to consider this thoroughly, even though she had already considered it a thousand times and each time reached the same conclusion.

“I don’t know, actually,” she then said. “I don’t think it’s … doable … anymore. It’s been almost 10 years since I dropped out of college … Never got to the bar or anything. But I have done some law-stuff since. Volunteering for OMAC – you know OMAC?”

“It’s some crazy Spanish acronym for … well, it doesn’t matter,” Carrie said. “They give legal counseling to immigrants who just came over – legally or illegally. So most of what I do know about law I actually didn’t learn at university.”

“What … did you do before you retired, if you don’t mind me asking?”

“Oh… I was to be a seamstress, but I too ‘dropped out’, as you say. So I have worked my whole life as a washing lady, and when I came here I managed to open my own dry-cleaners after a few years of saving up.”

Anne shook her head lightly. “I am retired. For almost 10 years. It was in Capistrano, in the south of California. Very beautiful place, if you ever pass by.”

“I wouldn’t mind having my own business actually…” Carrie mused and then quickly added “- not law! Guess I should try something new.”

“It was a big step for me,” Anne said thoughtfully, “but a good one. Otherwise I would have been very much poor now.”

“I lived in Berlin during the war.”

“It was terrible. I don’t like to talk much about it. ”

“No, no, do not worry,” the old woman added quickly. “I guess I should talk about it. It is just strange that it is now history. And on the satellite TV all the time … “

“My granddad, on the Scottish side, he was in a German prison camp during the war.”

Anne’s eyes widened. “Well, there’s something to be genuinely sorry about.”

“Don’t be,” Carrie said quickly. “It wasn’t even the Germans’ fault. They left his regiment, I forget its name, at some beach in France – during that evacuation – what was it – Dunkirk, I think. Never was good at history. Anyway, I’m not sure if somebody up high decided to leave them behind or if it was because of the general chaos at the time – an accident or something. He never liked to talk about it, too – but … they were left behind, back against the sea and all, the German troops closing in. But they weren’t killed … not all of them … And he got home again, after the war.”

“I am still sorry for him.”

“Did you, uh, ever want to be something else than a laundry owner?”

Anne looked as if she thought about it for a moment, then she said: “Well, I was a wife. A mother and a divorcee as well. I wanted all of those and got them.”

“Divorcee?” Carrie blurted. “Did you want that too?”

“Yes. I always say – “ Anne seemed to lapse into a very Californian accent – “ … my husband was a Nazi. Literally.”

“It is a Californian joke.”

“Ah, Californian jokes … “ Carrie looked out the window again, but only because she didn’t feel that it was right to look anywhere else. She felt slightly embarrassed for some reason she couldn’t exactly pinpoint.

“I suppose it works better with other old fossil expats,” Anne added hesitantly. “He was a soldier during the war; there was no choice.”

“Yes, I guess so … “ Carrie said. Then she looked at Anne again: “But I – I have a choice. And you, you did have a choice as well, I mean about the laundry… sorry, maybe that was a bad comparison.”

“Yes,” Anne said and nodded firmly, “but you must remember I was 57 when I came to America, so it seemed difficult to start over with something new. And I like laundry and clothes. And Californians have very pretty dresses. Very rich. Silk … “

“What does Jon do?” Anne asked suddenly.

“And you have children, yes?”

“Emma – 5 and 10 months, as she would insist “ – a vague smile crept over Carrie’s lips, as she added this “ – getting all the months taken into account. And Michael – 3. He doesn’t care that much about numbers yet.”

“My youngest is called Michael as well,” Anne said.

“Really? We just picked it because Jon had an uncle called Michael, whom he really liked. And I got to choose Emma – from my great grandmother.”

“It’s pretty crazy… I never ever tell anyone about Scotland.” Carrie instinctively lowered her voice, but without really wanting to.

“I’m old enough to be allowed a little craziness,” Anne quipped and smiled mischievously. “Aren’t you?”

Carrie seemed taken aback by this. She wanted to say something but she found that she couldn’t. The bus drove past another sign. 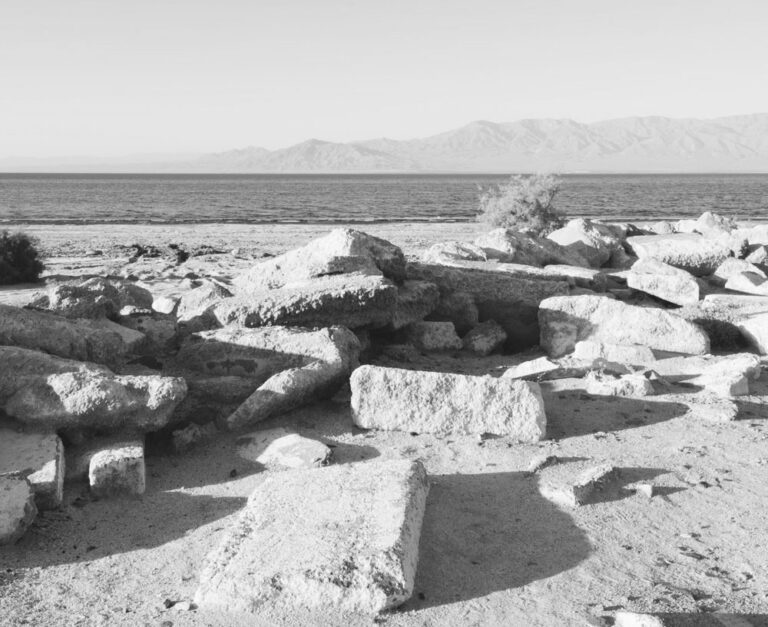 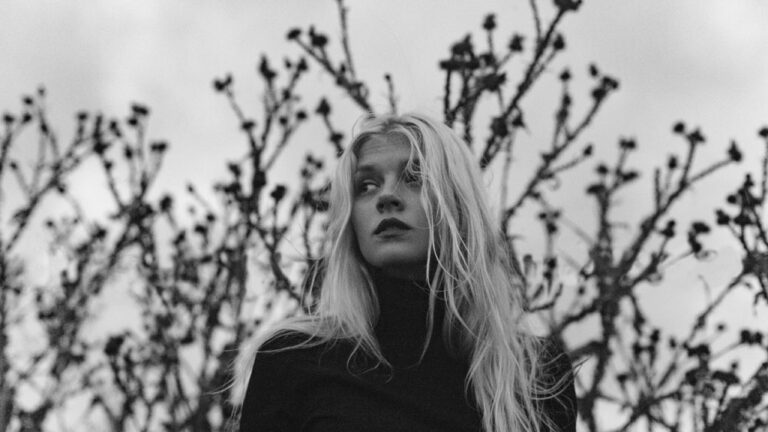 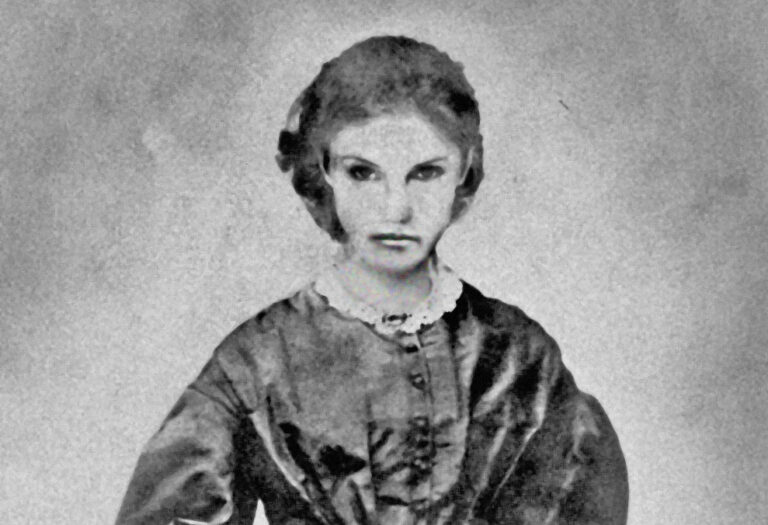 Scars of Our Civil Wars

Carrie becomes obsessed with finding out the fate of one Anna Lee Shepherd – a teenage survivor from a destructive Civil War raid.