My relationship with my step-brother is a bit complicated by the fact that he has been dead for almost 10 years, and I never got to say goodbye. Never got to say much, in fact, before it was too late because I drifted away from him busy with my own problems.

And that’s where a lot of the shame comes from. Tim always had my back when we were kids and my ‘mates’ from the class were after me.

Actually, Tim never backed down from any fight. If somebody wanted a scrap they got it. As a result, he got a lot of bruises. Also, he couldn’t back down from a provocation, and provocations were rife on that island.

After all, if you lived with a family with an immigrant unemployed step-mother (my mother) from ‘big stupid US of A’, and you had a father who slowly but surely drank himself into permanent unemployment, then you were a returning target for the McMurdo boys, Sam Cullen’s gang.

But Tim didn’t mind, it seemed. He just kicked back. He always looked unphased. Except when some of the gangs had done something to me. That made his face darken and even I got scared and asked him not to do anything about it. But the next day, of course, there was a call from the principal and some kids got to see the dentist an extra time.

He had one weakness. You see, all the older boys on western Skye at the time listened to punk or heavy metal, at the time he came to live with us because his mother had to have another “holiday” at the Royal Edinburgh.

Anyway, there was a certain sport in listening to the most outrageous stuff and in hating all the pop stuff, especially the local stuff like the Runrig boys. But in his most private moments, Timothy took a holiday himself by ratting out on all those solemn promises to be tough as nails, for all time. In Fort William’s small record store he had found a couple of pieces of vinyl, which he had bought for the money dad had given him instead of Christmas presents:

I don’t know why he picked up ‘girl’s music’ in the first place. Perhaps he had planned them for a gift to indulge himself with Maire, or perhaps the opposite, when she was playing mean bitch … like making a package of them, throwing them off at her house, and writing all sorts of obscenities on it. The younger teen boys often did similar things to tease the girls, but in reality, they just wanted to connect, and the girls knew that.

But Tim kept at least one of the pieces of vinyl. I honestly don’t know what happened to the other. It might have ended up smeared with dog food on Maire’s doorstep, or it might have gotten lost.

The one he kept, though, was Stay On These Roads.

Our rooms were just next to each other, and so, one evening when dad had gone to the pub again and my mum was over at the Munroe’s (back-talking dad most likely), and he was supposed to be looking out for me. That’s when I heard it.

He hadn’t come out of his room all evening, and I was just sort of going into my own little coma, lying on my bed, staring at the ceiling, wondering how to avoid going to school tomorrow. That’s when I heard it:

He played the record that all the girls liked because they were crazy about this Norwegian guy with the soft voice and the big deer-like eyes. He played a particular song, over and over.

In the end, I had to open the door and see if he was still alive. Some odd thought struck me that perhaps he wasn’t, and the record player had jammed in the same groove. Of course, that wasn’t possible, but I was only 10 or so at the time so what did I know. It would be a long time before I would get anything better than my old cassette player, especially all the money going to dad’s drinking binge.

I didn’t open the door very much, but he saw me. I was afraid then that he was going to hit me or yell at me, but he just called me in.

“Ye like the tune, Caroline?” he asked, lying on the bed as I had … just staring into the ceiling. We had been like mirror images all evening, it seemed, but invisible to each other all the same.

“I like it, too … ” he said, still just lying there, looking into some dream and not at me or anything else in the room. “I like it … a lot.”

He never told me why he liked it, and after that day I never heard him playing it again. I think he had gotten rid of it. And when I tried to ask him about it one time, he got angry.

Tim moved back to his mum in Edinburgh (later Aberdeen) in the early ’90s. She had gotten better and found herself a new man. Things were in some sort of fragile control.

But Tim still had to pick a scrap whenever he could find one. He moved to Manchester with some girlfriend in the late ’90s and got involved in more brawls than I care to count. And then he joined the army. From that point on I seldom saw him. It was bad enough that I had moved to the States and gotten lost in my own way. I tried to get in touch again at some points, half-hearted I guess.

In 2003 Tim was killed by a roadside bomb in Afghanistan, just when his unit was coming home from patrol, and two days before they were to be sent home for good. I had barely spoken to him since the turn of the century.

So there I was, sitting with a needle halfway into my arm, and feeling like going all the way more than anything, but … couldn’t. It was my last fix, and I didn’t finish it.

I was ashamed for having lost contact with Tim, but also for sitting there like the derelict piece of trash I had become … while he was actually trying to do something (even if going over to that war may not have been the best thing to do—but I keep out of such discussions on principle).

And then he got killed.

Me, I was just trying to kill myself.

At least he was trying to find his way … I wasn’t. After the news of what had happened, I couldn’t do anything less than at least try.

Was it crazy of me to tell you all that? Maybe. But I’ve had to admit a lot of things since then, and it’s the only way to salvage something, isn’t it?

If you’re an addict, the first way to get clean is to admit it.

And that’s what Tim still has to tell me even today, just as Lin has certain things to tell me. Keep salvaging.

And I feel now more than ever that Tim was my brother—my real brother. I don’t care about that ‘step’-thing. To me, he proved more than once that that was just a label.

I was ashamed for years I didn’t feel anything at his funeral, but how could I? I had drunk half a bottle of whiskey to douse the shock. They almost had to dig an extra hole for me.

So in some way, Tim kept coming back for me after he died, like that day in Miami when I got that phone call in between god-knows-how-many fixes.

I know this may sound just like post-fact rationalization, but in my heart I know I always loved my brother even though it would be years in between our talks, when I moved to the U.S., ditched college, and took to the road. And I am grateful for all the scraps he took on my behalf, back when we lived in the same house.

I’m grateful that he will always ‘stay on these roads’ for me. As long as he does that, the cold outside—and inside me— won’t really be that frightening.

For it will always have a voice … A voice I know. 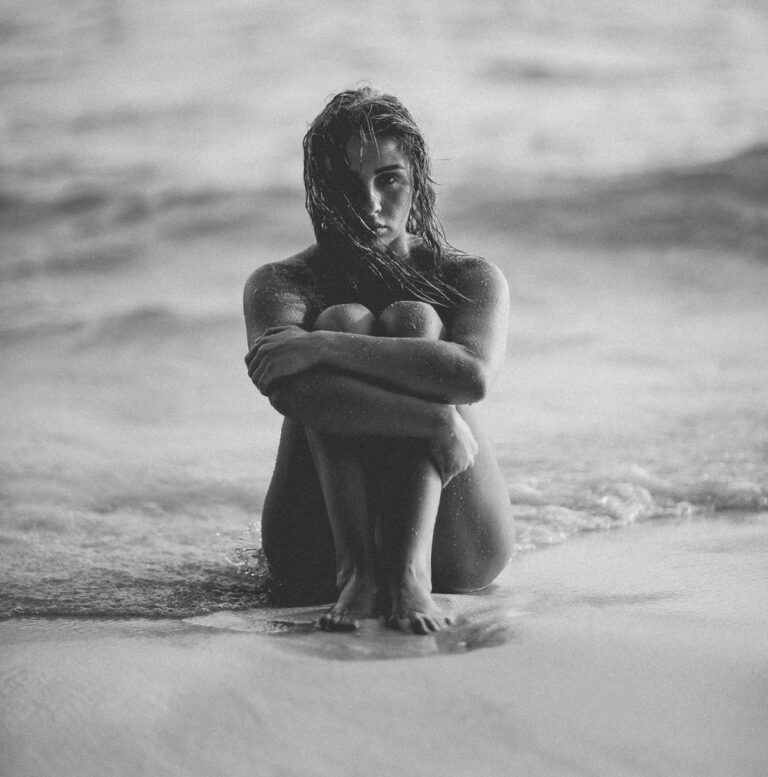 Love Is A Shield

How do you go on a date when you are on the run from personal tragedy? 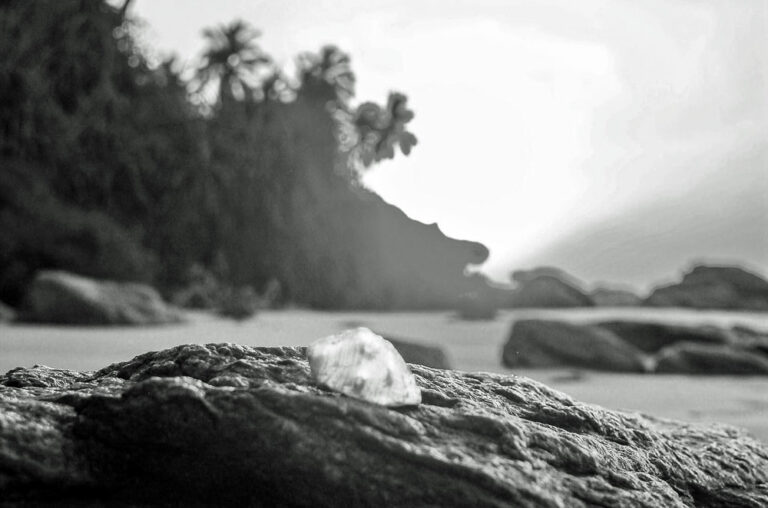 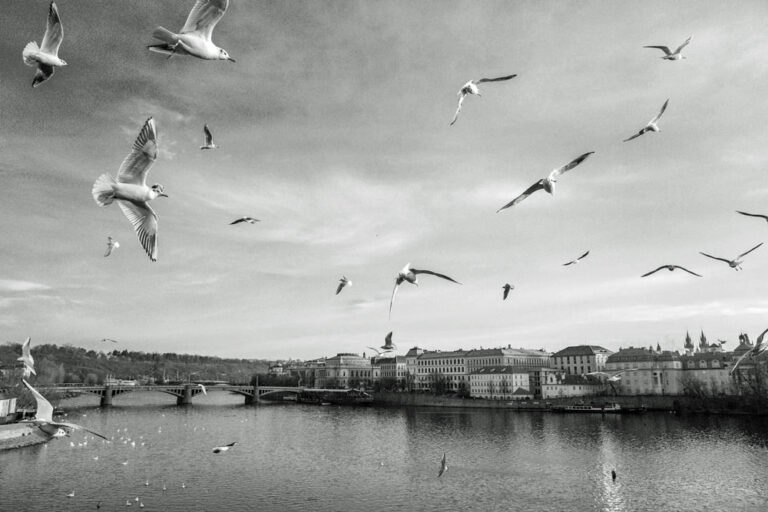