“We’re sorry, but your profile is not what we are looking for.” The voice at the other end of the phone line sounded almost meditative, like crushing the hopes of other people had become so routine that it conferred a strange trance-like state on its owner.

“On behalf of Dymo I wish you good luck with future applications,” the voice continued, rounding of with a tone of expectation. Expectation of consent.

Carrie hung up. Then she went back into the living room, walking slowly in her bare feet, trying not to touch the floor.

She had taken the call in the tiny hallway. Somehow it felt better to have taken it there like she was in a sheltered place. In reality, the house was protective in the same way a prison was, and she knew it.

She sat down on the sofa and noticed the dust had become so thick that it was also on the armrests, not just the window sills which were easier to ignore. Jon didn’t mention it anymore. In fact, he didn’t mention much about anything anymore. Just buried himself in work, and, of course, paid the bills as his reward for the effort.

Carrie looked at her cell phone, which was almost out of power. Then she hurled it away into a corner.

So of course they had not hired her. Her resume sucked. So why the feeling of surprise and disappointment?

Fortunately, she had other strategies. She thought of going upstairs to draw in the attic, but then she noticed the corner of a pad, sticking out under the sofa. One of the kids must have pushed it out, trying to find some toy or other. Probably Michael. Emma was too old but Michael still played with his model cars, for hours.

Carrie bent down and took out the drawing pad. There was no pen, but sure enough – there was the last drawing she had made – six months ago. Somehow nobody had cared to pick it up and give it to her. Or nobody had dared.

She had cared, but she had just been too busy. Her head exploding a million times a day with job applications, chores, arguments with Jon and her mum and Emma, and dealing with Michael’s autism.

She looked at the only picture on the pad. Did she really like it?

Then the phone rang, and Carrie had to scramble to find it before it was too late. But when she saw who it was, she figured that perhaps it had been a mistake to rush. And there was only 5 percent power left.

Jenna … 5 percent is not enough.

She answered it. “Hello?”

“Yeah, it’s me.” Carrie slumped down on the sofa again.

Why talk to Jenna – now?

Maybe because it was so easy.

“I called because you left the messages.” Jenna was all bubbly. Carrie breathed deeply but felt like she was breathing quicksand. She had forgotten those messages. It had to have been at least two weeks ago.

“Yes … I didn’t hear from you, and there was nothing on Facebook, so I thought … ”

“We’ve just been away for a while. Steve and I.”

“You know. That hotel in Phoenix. I got mom to take care of the kid.”

“Your mom still coming by to look after Emma and Michael?”

“Okay, well, it was a totally great weekend. We really caught up, if you know what I mean.”

“Sorry, the power is getting a little low here. I’ll message you.”

Carrie hung up. For a moment she rested her head in the palms of her hands. Then she slowly let her fingers slide through her hair and was reminded that she really needed a bath. Like she needed a zillion other things. But there was never enough.

For a long time, she watched her cell phone as its remaining power died. It felt morbidly calming. And as if she had just won a little strength test of her own will, being able to concentrate for that time, and not think about Jenna or the people who had shredded yet another of her job applications.

Outside, the Yuma sun scorched the quiet suburbs. The neighborhood was like a warehouse for empty houses that were stowed away for the day when life had left them, lost by people who were looking for all the wrong things, and buying all the wrong things.

Carrie slowly stood up and went over to the window facing the road. There was a barbecue grill standing solemnly on the lawn of the house opposite theirs. But no chairs or signs that there had been or was about to be a get-together. She hardly knew the new people over there, anyway. So it wasn’t important, was it?

At least she had made her choice. She went to the kitchen, found the cranky laptop, and got it going, albeit under protest as usual.

She found all the scattered litter-like notes about how and when she would draw more. Because when she would be able to do that then she could also film it and put it online, as a course or something. Monetize via short videos on YouTube about the process or any of the crapload of other initiatives that seemed to work so well for everyone else ‘living from their passion’. Everyone who had managed to escape the need to apply for a job.

Carrie looked at the date of the most recent document. It said 2019. She closed it quickly.

Then she found the empty YouTube channel she had set up for this specific purpose and the blog, which still only had one entry. Obviously, there was nothing on them, because she had not had the time or the head to produce something, but they were there waiting. Waiting for success … So she wouldn’t have to apply for crappy jobs. If she could just make that transition.

But she would start today. Today would be the day she would turn things around. She could write a blog post about that. Or do a video.

Then she felt like concrete. She still had a long list of jobs to apply for. And all the other shit. If she could just gain some measure of stability. How could you start a business if you had nothing to invest?

So maybe I am never going to live off my passion?

The thought was almost scary because it felt like … relief. She quickly choked it.

She had to live from her passion. She had to transit from the rat race of jobs to the passion of her own creative online business.

If only we had more aspirin. I should go buy some. But I have to get started …

The phone in the kitchen chimed. The landline. It had been ages since anyone had used that.

Carrie snapped the phone from its hanger. “Yes?”

She could hear the distance in his voice immediately. “Oh God, Jon … What’s happened?”

She turned and found the local channel on the small TV on the corner shelf, right under that board Michael had made for her in school, with perfectly sawed angles.

“It’s a fucking mess,” Jon continued, clearing his throat more than once, while he told her in a few terse sentences what had happened. “They had to fly Fred to Phoenix. I think he’s going to make it, but … ”

Carrie zapped through the channels. “There’s nothing but ads on here!”

But Carrie had already switched off the TV and plumped down on the chair next to the laptop. She scrolled feverishly through the police Twitter feed until she found it.

“Yeah, but it’s over now like I said. It’s over.” Jon sounded firm like he had to stop a bleeding somewhere.

“No, no – just a bit roughed up, that’s all. After I got his gun away from him, he hit me right in the face. Think that damn tooth may have come loose again.”

She grinned, but her eyes were full of tears. “You know the dentist. No escape from her, ha-ha.”

“When are you coming home?”

“We need to make the report. The Chief will let everyone off for the day then. Will you call Emma and Michael? I’m afraid Emma may already have seen it. She is an addict. She shouldn’t even subscribe to news channels at her age.”

“She would have called if she had seen it,” Carrie said, feeling again some odd measure of control in stressing a pure belief as if it mattered more than getting off her ass and calling her children. “She should have that phone transplanted to the palm of her hand,” Carrie continued. “She should—”

“Yeah. She should.” Jon broke her off. “So how was your day, hon?” He was never good at being funny, and especially not now.

She wiped tears off her cheeks. But she also smiled and hoped he could feel it, even if he couldn’t see it.

She felt relief again, and it was overwhelming. A different kind of relief but no less valuable. Absolutely no less …

“I … made a decision,” Carrie tasted the words.

“Fuck.” Jon sounded like the news hit him harder than the guy he had arrested this morning. “I’m sorry.”

“Most jobs are. Except policework, of course,” Jon deadpanned.

They both laughed at that. Fragile laughter, but laughter nonetheless. More relief.

“Brent found you that video cam,” Jon then said. “For your YouTube Channel. But I forgot to tell you. There’s been so much …”

“Look …” She breathed deeply. The air was dry but at least the quicksand was out of her system. “I’m – I’m going to look for another shitty job and then draw when I can. For myself.”

“For yourself? I thought you already did that.”

“Well, apparently I didn’t. It’s a long story, but I … am not going to kill myself anymore trying to find that business idea. I miss just drawing. What time did you say you were home?”

“It’s probably going to be a couple of hours.”

“There’s one of your pads under the sofa, by the way.” 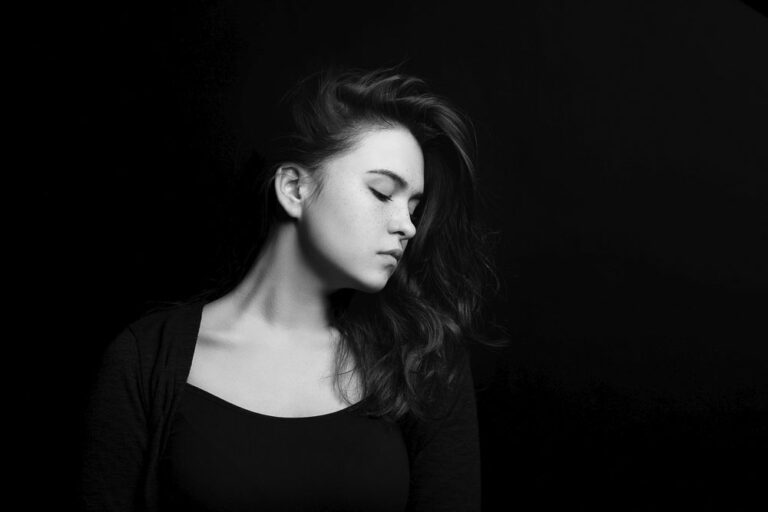 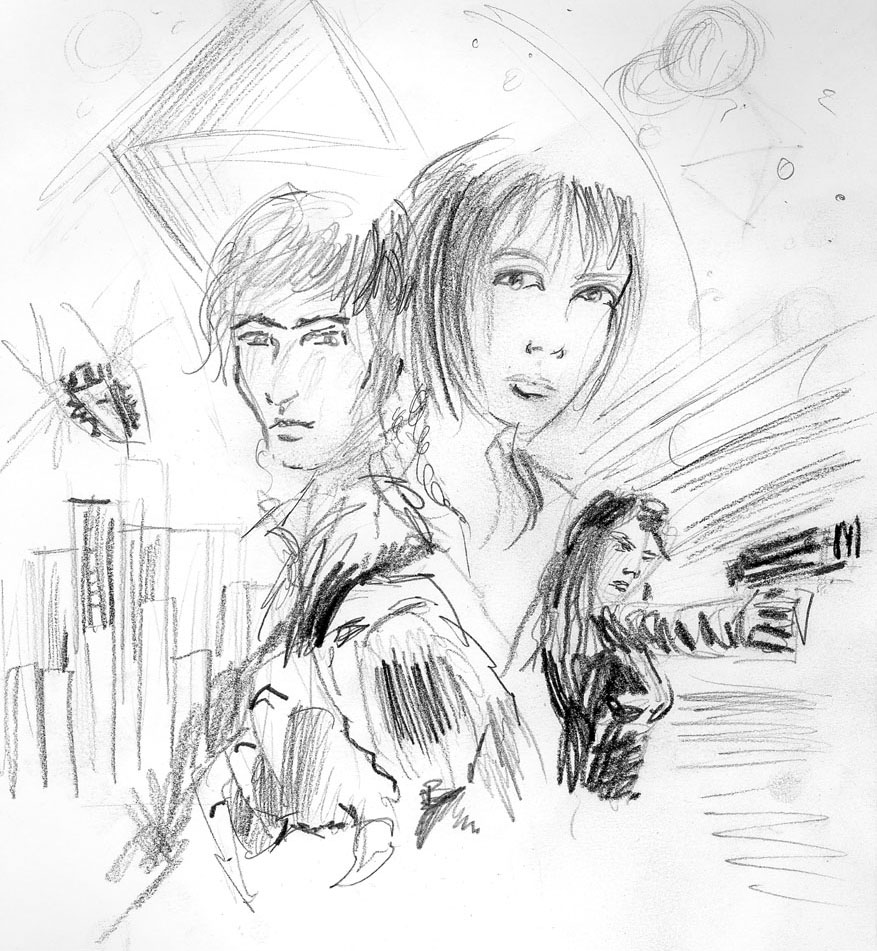 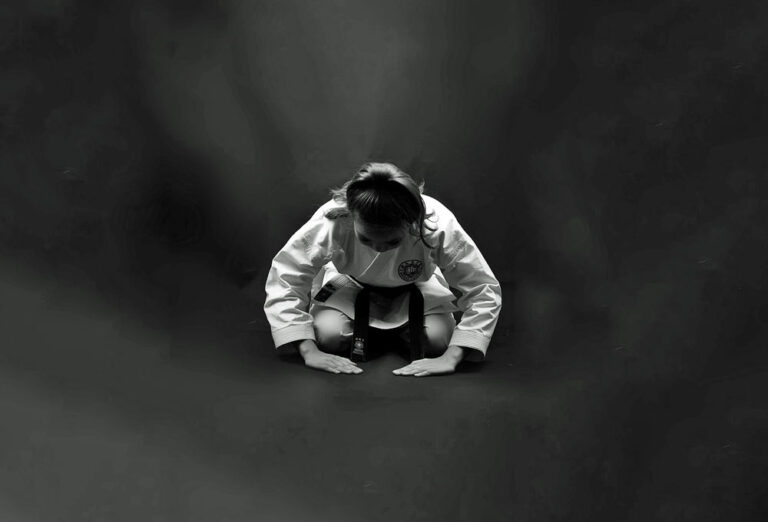 Carrie has started taking Taekwondo-classes but is kicked to the floor again and again.